Shriya Rana
“Independent women” a word used by women around the world to feel strong and better about them when all they have in control is the money they make. A vulnerable woman, who barely takes her decisions, turns into an “independent women” the moment she starts earning. But the truth is something that almost half of the women won’t agree. They think that they’re independent because they can buy themselves everything they desire but women have to understand that being able to pay your bills doesn’t make you an independent woman. You could be earning millions, buying yourself everything that others can’t afford and still need others to make you feel important, needed and loved. You are not independent until you know how to get rid of the feelings of self doubt. No one is coming to tell you how special you are, you should know your worth. The point is your money has nothing to do with you being independent. You could be a student and still be called an independent woman; you could be a home-maker and still be independent. Being independent is not about being financially independent; it’s about being emotionally independent and mentally strong. I mean who you would call an independent women; a diffident woman with a huge salary package who can’t make her choices or a housewife who has clarity of all her actions?

Things may have changed with time in other places but being raised in Himachal I’ve seen many working women stuck in multiple shits. They go to work, work hard, bring money home but still are not valued by their spouses. Even after working all their decisions are taken either by their in-laws, their parents or their husbands. Their so called “Samaaj” determines all the parameters and what’s worst is they encourage it where they should have taken the lead and made changes. Its best example is the Panchayat elections in our villages, women contest the elections and when they win the power and responsibility that comes with it is directly transferred to their husbands. Every decision is taken by the men; all they have to do is use the stamp and sign where they’re asked to. When educated women are under-powered how can we expect other women to be empowered?

Women have to know the real meaning of being an Independent woman and following are some of the qualities that are possessed by an independent woman – ”Log kya kahenge “is nonexistent for her.

An independent woman knows her worth and doesn’t let others opinions of her destroy her peace of mind. Others may call her names; try to bring her down but she takes negativity with grains of salt.

She knows what she’s doing
An independent woman has clarity of all her actions. She knows what she is doing, why is she doing and keeps following her heart regardless of what others say. She knows how to change her cants into cans and her dreams into plans.

She has control over her emotions
An independent woman has control on her emotions. She doesn’t let temporary feelings affect her permanently. We’re driven day by day by our emotions, we cry when we’re hurt, we rejoice when we’re happy; most of our decisions are driven by our emotions but an independent woman sees the bigger picture she knows how to calm herself down when shit goes wrong. She doesn’t need someone else to show up and say it’ll be fine. She can do it by herself.

She is at peace with herself
An independent woman knows that you can’t be happy with anyone, if you’re not happy with yourself. She knows that until you’re not comfortable with being alone, you’ll never know if you’re choosing someone out of love or loneliness and this makes her surrounded by the right people always.

She defines Grace
She knows that independence is something that you earn with time and not with few bucks. She goes with her own pace because she’s knows Grace will take you places that hustling won’t.

(Shriya Rana is a Himachal-based blogger studying MBA at Himachal Pradesh University Shimla. She can be reached at Shriya.rana@gmail.com) 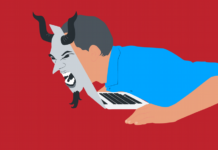 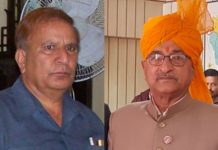